WHO IS HE THAT OVERCOMETH THE WORLD – Pastor Valery Ivanov

He is faithful that promised – Vladislav Rosokhatsky

John 2:
13And the Jews’ passover was at hand, and Jesus went up to Jerusalem.
14 And found in the temple those that sold oxen and sheep and doves, and the changers of money sitting:
15 And when he had made a scourge of small cords, he drove them all out of the temple, and the sheep, and the oxen; and poured out the changers’ money, and overthrew the tables;
16 And said unto them that sold doves, Take these things hence; make not my Father’s house an house of merchandise.
17 And his disciples remembered that it was written, The zeal of thine house hath eaten me up.
18 Then answered the Jews and said unto him, What sign shewest thou unto us, seeing that thou doest these things?
19 Jesus answered and said unto them, Destroy this temple, and in three days I will raise it up.
20 Then said the Jews, Forty and six years was this temple in building, and wilt thou rear it up in three days?
21 But he spake of the temple of his body.
22 When therefore he was risen from the dead, his disciples remembered that he had said this unto them; and they believed the scripture, and the word which Jesus had said.
23 Now when he was in Jerusalem at the passover, in the feast day, many believed in his name, when they saw the miracles which he did.
24 But Jesus did not commit himself unto them, because he knew all men,
25 And needed not that any should testify of man: for he knew what was in man.

Hebrews 1:
1 God, who at sundry times and in divers manners spake in time past unto the fathers by the prophets,
2 Hath in these last days spoken unto us by his Son, whom he hath appointed heir of all things, by whom also he made the worlds;
3 Who being the brightness of his glory, and the express image of his person, and upholding all things by the word of his power, when he had by himself purged our sins, sat down on the right hand of the Majesty on high:
4 Being made so much better than the angels, as he hath by inheritance obtained a more excellent name than they.
5 For unto which of the angels said he at any time, Thou art my Son, this day have I begotten thee? And again, I will be to him a Father, and he shall be to me a Son?
6 And again, when he bringeth in the firstbegotten into the world, he saith, And let all the angels of God worship him.

1 John 5:
5 Who is he that overcometh the world, but he that believeth that Jesus is the Son of God?
6 This is he that came by water and blood, even Jesus Christ; not by water only, but by water and blood. And it is the Spirit that beareth witness, because the Spirit is truth.
7 For there are three that bear record in heaven, the Father, the Word, and the Holy Ghost: and these three are one.
8 And there are three that bear witness in earth, the Spirit, and the water, and the blood: and these three agree in one.
9 If we receive the witness of men, the witness of God is greater: for this is the witness of God which he hath testified of his Son.
10 He that believeth on the Son of God hath the witness in himself: he that believeth not God hath made him a liar; because he believeth not the record that God gave of his Son.
11 And this is the record, that God hath given to us eternal life, and this life is in his Son.
12 He that hath the Son hath life; and he that hath not the Son of God hath not life.
13 These things have I written unto you that believe on the name of the Son of God; that ye may know that ye have eternal life, and that ye may believe on the name of the Son of God.
18 We know that whosoever is born of God sinneth not; but he that is begotten of God keepeth himself, and that wicked one toucheth him not.

Power of Fire! An anointing that breaks every yoke!

Power of Fire! An anointing that breaks every yoke! 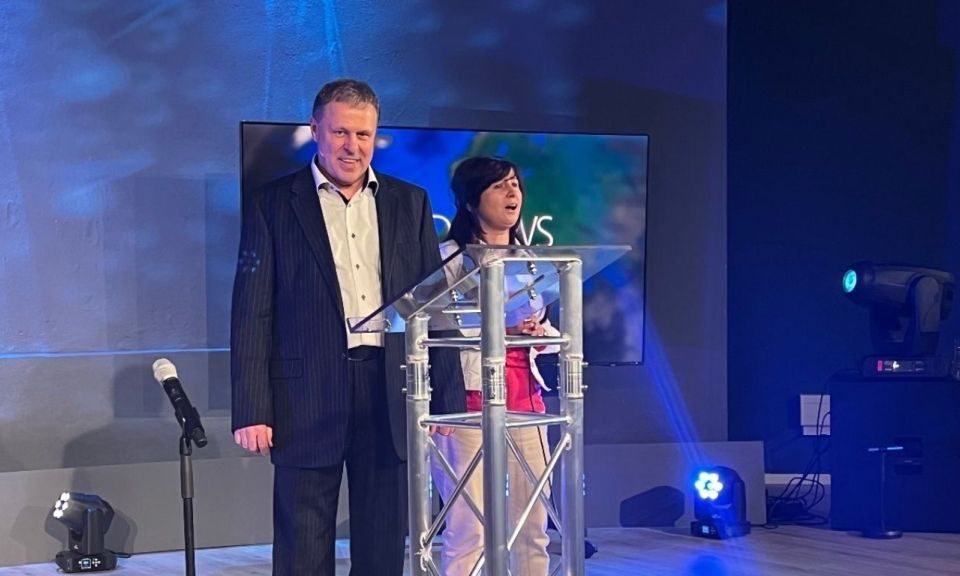